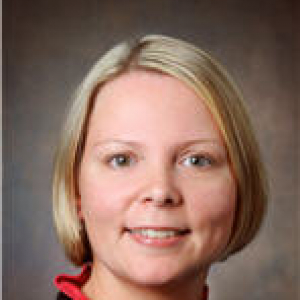 Dr. Jennifer Havens is an infectious disease epidemiologist and Professor in the Department of Behavioral Science at UKCOM. Her primary appointment is at the Center on Drug and Alcohol Research. Dr. Havens' research interests include the epidemiology of substance use in rural Appalachian populations and the infectious complications of drug use, including hepatitis C and HIV. She is leading two large-scale studies in Perry County. The first - the Kentucky Viral Hepatitis Treatment Project (KeY Treat [R01DA047952]) is a hepatitis C elimination trial aimed at removing the barriers to accessing hepatitis C treatment in rural Kentucky. Outcomes include medication initiation, completion, SVR and re-infection among people who use drugs (PWUD) and former PWUD. Dr. Havens' also leads a cohort study of PWUD in Perry County. The study began in 2008 and recently received funding for an additional five-year period (R01DA033862 and R01DA024598). Data collected from this longitudinal study has resulted in more than 45 published manuscripts and has informed several interventions aimed at addressing the opioid epidemic in rural Kentucky.

In 2018, Dr. Havens received a R01 from NIH to conduct a large-scale hepatitis C treatment study in Perry County, Kentucky. The Kentucky Viral Hepatitis Treatment Project, or KeY Treat, is funded collaboratively through NIDA and NCI, along with a sizable drug donation from Gilead Sciences, Inc. The overarching goal of KeY Treat is to eliminate hepatitis C in Perry County and serve as a model of care for rural areas facing a similar syndemic of opioid abuse and hepatitis C. Dr. Havens is also the Principal Investigator on a R01 entitled “Effect of Structural Interventions on Substance Use and HIV/HCV Risk among Rural PWUD”, which is funded through 2021. She also served as a co-Investigator on four additional NIH-funded grants. Dr. Havens is also a co-investigator on two R01’s submitted in 2018 with research teams from the University of New Mexico and Boston Medical Center/Boston University. Dr. Havens contributed to 8 manuscripts in 2018, including articles in Lancet Infectious Diseases and JAMA Psychiatry. She was first or senior author on all but two of the published articles, and has two additional manuscripts in various stages of the review process. Dr. Havens taught the course “Fundamentals of Biostatistics for Clinical and Translational Research” in Spring of 2018 and received stellar course evaluations. Dr. Havens completed her four-year tenure as a standing member for the NIH Behavioral and Social Sciences Approaches to Preventing HIV/AIDS (BSPH) study section in 2018. She continues to serve on the editorial board at Drug and Alcohol Dependence and Biomed Research International. Dr. Havens was an invited speaker at the 6th Annual Vermont Center on Behavior and Health Conference, as well as the National Association of State and Controlled Substances Authorities Annual Meeting. She also gave a talk and chaired two sessions at the International Network of Hepatitis in Substance Users Annual Meeting.

Dr. Havens is an epidemiologist with an appointment in the Center on Drug and Alcohol Research. Her primary research interests include the epidemiology of prescription opioid abuse in rural Appalachia, the comorbidity of substance and mental disorders, and HIV and other infectious complications of drug use.